Club Alpbach Zurich is part of the Forum Alpbach Network, an organization that connects regional associations that all aim to enable young people from all over the world to attend Europe’s “festival of ideas”, the European Forum Alpbach.

The European Forum Alpbach is a conference held every summer, in the last two weeks of August, in the Austrian village of Alpbach. Established in 1945, it has since hosted Nobel Prize laureates, international politicians and artists from all over the world. The forum was created as an intellectual platform of discussion where Europe’s cultural, scientific and humanitarian heritage could be developed in a future-oriented way and where European integration could be promoted.

First and foremost, the club grants scholarships to young people with strong ties to Switzerland to attend the European Forum Alpbach. Throughout the year, the club also organizes fireside talks, lectures and plenary sessions. With a diverse group of members on the board, our expertise today ranges from the hard sciences and digital policy to finance and entrepreneurship.

If you’re interested in the work of the forum or promoting the idea of a connected Europe thriving towards peace and prosperity for all its citizens, get in touch with us! 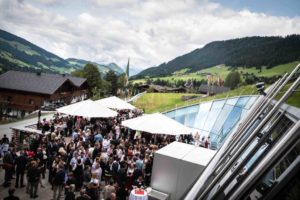 «The European Forum Alpbach is the foremost interdisciplinary intellectual conference in Europe. We are enabling young Swiss talent to attend and actively shape the conversation on the future of the European project. I am immensely proud of the significant contributions that we have been able to make at the Forum since our foundation.» Michael Weinold, President Club Alpbach Zurich, ehemaliger Geförderter der Schweizerischen Studienstiftung.